I really appreciate the traditional British Isles / Northern Europe flavor of Glenumbra at least (and I kind of assume, all of High Rock?); there’s just such a range of styles they’ve deployed in this game, to really make each country, race, and alliance feel unique and specific. 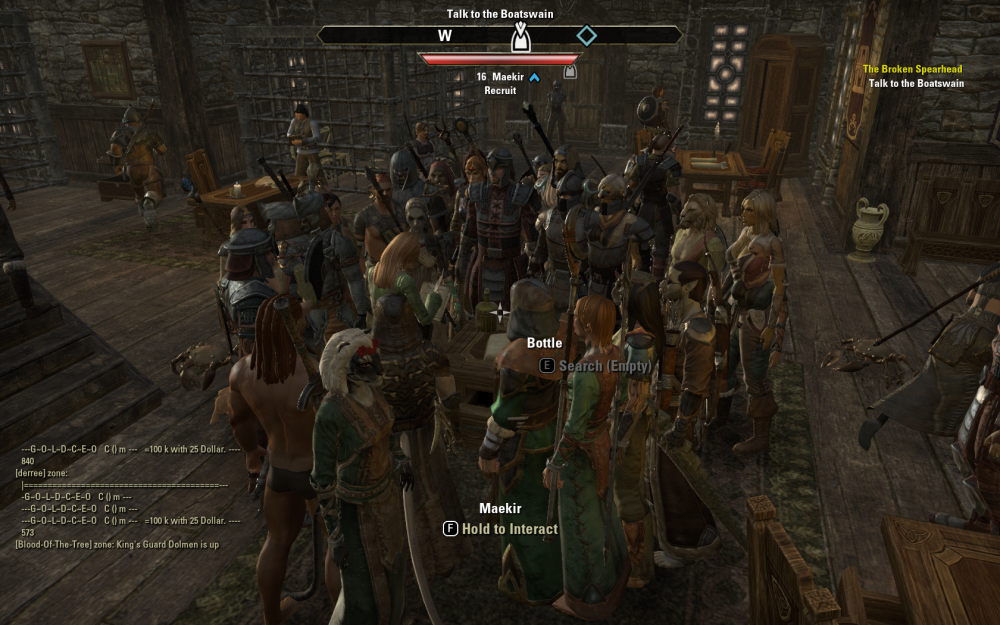 We had a bit of a shock the first time we went to the Bank in the post-launch game, since during beta there had never been this many player characters crowded into one space like this. Very different!

And no city is complete without ships at anchor.

Though we’re chomping at the bit to see new things, we decided we really wanted to go back to Stros M’Kai and Betnikh and play through those areas; during beta they were a bit buggy when we were playing them later on (though unclear if that was also because we had characters who bridged the change in how the starting islands were approached in terms of overall gameplay and flow) and there were quests we couldn’t complete. This time through we would like to do a full sweep (because we are OCD gamers and proud of it!)