One of my favorite things has always been finding (and later—with a good crafter—making) new armor sets, and shaping my character’s appearance that way. Thessaly has undergone quite a bit of evolution, and I’ve really enjoyed finding unexpected ways to combine racial motifs in her weapons and armor. It’s hard at first, when you really need to prioritize effectiveness over appearance, but with time (and crafting) one can find a happy medium.

So to recap my Imperial Sorc tank/healer’s sartorial journey, we began here at level 2: 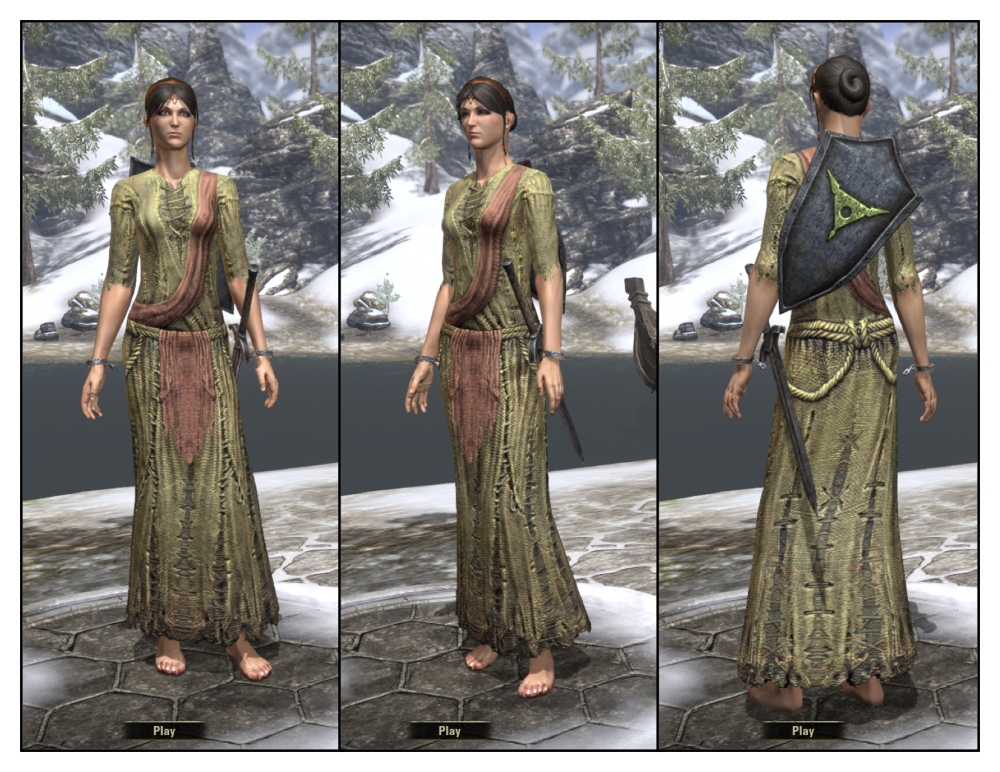 I mean, not much there in the way of choice—basic Soul Shriven garb, though I did manage to pick up the sword and board on the way out.

Pretty soon I managed to get a full set of heavy gear, if rather plain jane and basic (level 3, and a new shield for level 4):

Doesn’t look too shabby in action, though. A solid foundation.

Later I found some better gear, tried playing around with, and shaping, her look a bit more. This is around level 7,  I’m still doing (or maybe just came off of) the Bleakrock starter island and had a hammer instead of a sword in recognition of my Nord environs. Less of a fan of the Dunmer mini-kite shield at these low levels—it’s so mini as to be laughable, IMHO. Oh well. And I had begun my interest in the Argonian motif, but still not very satisfied with it. Now, that might just be about the lower-level gear, though—I definitely liked the upper-level stuff more, as we’ll see. 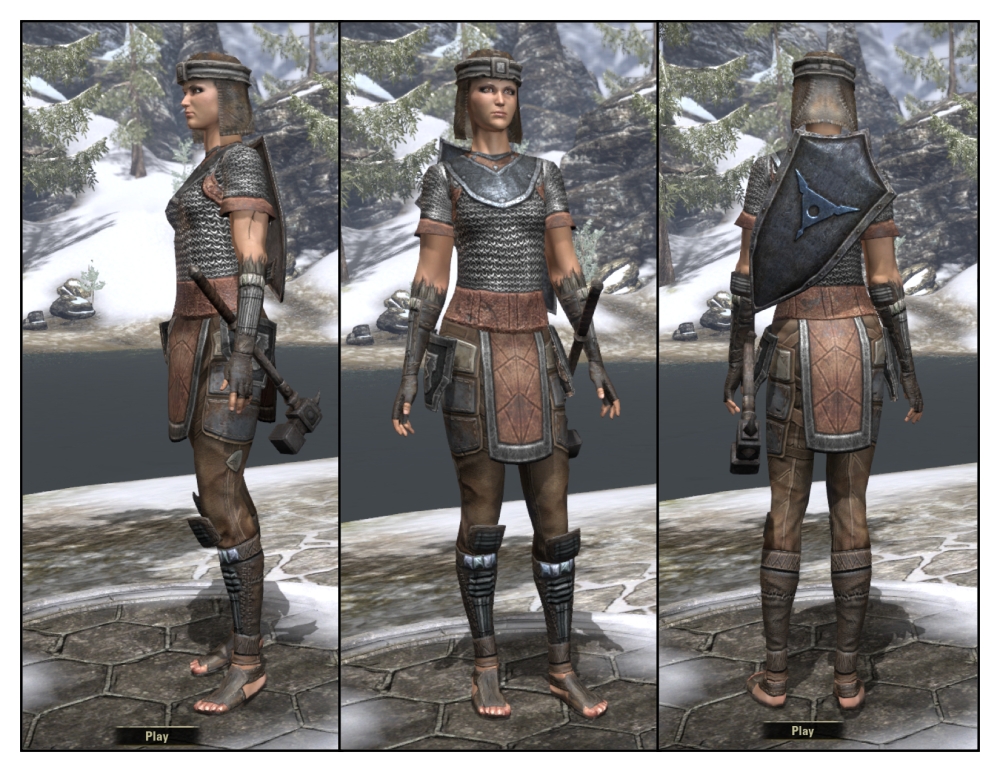 Alright, I’ll admit it: I like horns on my helmets. And I love the variety of horns available to us in ESO headgear. For my new level 8 gear I decided to be wood elf-inspired, with a Bosmer helm and sword, and (I think) pauldrons for the shoulders. 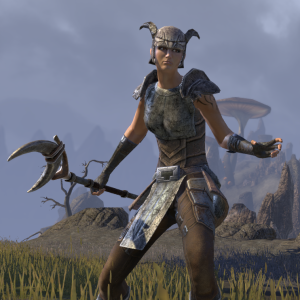 Also around this time I picked up a resto staff, just to play around a bit. Only halfway to weapon swapping so didn’t use it much for real, but I wanted to get a feeling for it, make sure this was what i would want to commit to for my second weapon—especially since I hadn’t used a staff in ESO previously.

I thought Thessaly looked pretty fierce with her Khajiit staff.

As I leveled up I was able to look a bit tougher, like I wanted. By level 11 I had a real heavy armor, plate-and-mail look going on below my Bosmer helm, with a wavy-bladed Dunmer sword and Primal-style shield.

Mmmmm, more horns! By level 12 I was getting in touch with goblinkind, or at least stealing their gear. Primal helmet, girdle, sword and shield. I was particularly fond of that level 12-ish Primal sword, very Uruk-Hai.

I kept this basic look for a while, actually—all the way to level 19 or so, as we will see. But this is a good place to wrap up part one of this post. Update 3 was looming on the horizon at this point, bringing with it a game-changer as far as customizing a character’s appearance in the world: dye stations! Let the color coordination fun begin!